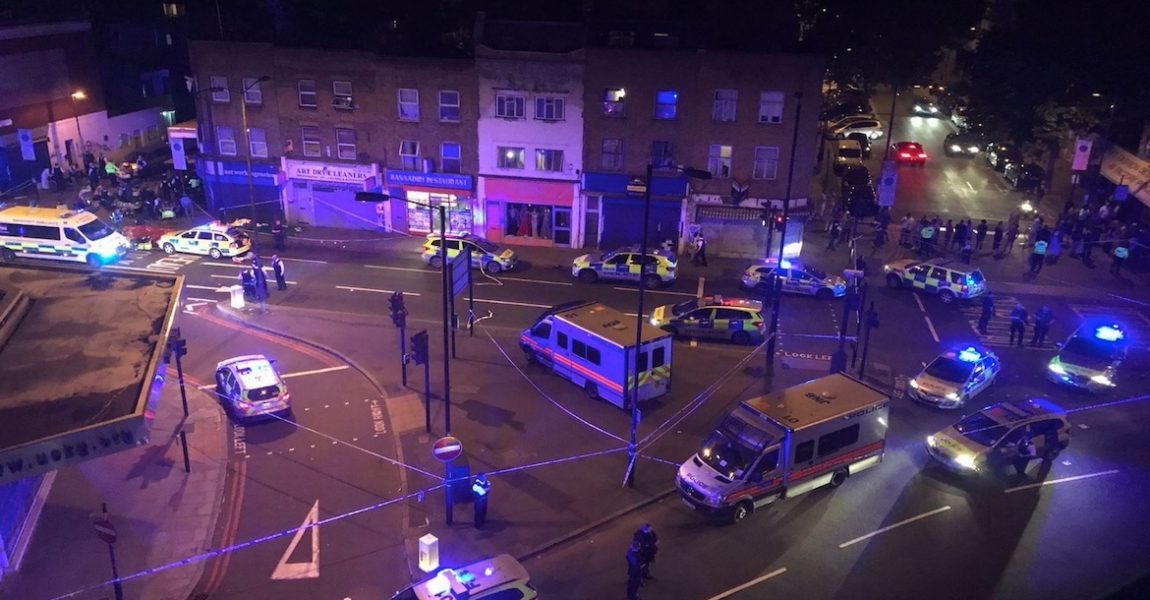 We, the undersigned, an independent group of Muslim Imams and religious scholars, are heartbroken and appalled at the terrorist attack on worshippers outside the Muslim Welfare House in the Finsbury Park area of London.Our thoughts, prayers and heartfelt condolences go out to the deceased, the injured, their families, and all those affected by this tragic incident.

At this time, we urge everyone to remain calm, vigilant, and safe, after the example of the local Imam and the leadership of the Muslim Welfare House, whose moral courage, decency, and restraint in the face of hatred and peril do them and the entire community credit.  They acted in accordance with the principles of our Islamic faith that advocates both the rule of law and that evil is not requited with evil but with goodness.

We are confident that the relevant agencies and authorities are treating this incident with the same urgency and seriousness as previous terrorist attacks, and urge that they be allowed to conduct their investigations and deal with the situation accordingly.  The perpetrators of this act must face the full force of the law for their crimes. We also commend the Government, the leader of the opposition, and the London Mayor on their unambiguous and swift denunciation of this terrorist attack.

Alongside other Muslim and non-Muslim groups from wider British society, we condemn this attack in the strongest possible terms. We wish to thank all of the different groups and individuals for their expressions of solidarity and offers of support. This is the fourth time in the last few months that murderers, whose actions are bereft of religion or humanity, have terrorised and killed innocent people in our society. These callous acts are designed to divide us on the basis of our varying beliefs by creating fear and mistrust between different communities.  As religious scholars and Imams, we firmly believe that the darkness of fear and hatred can only be overcome by the light of friendship and togetherness. The best response to these hate-filled acts is to affirm and celebrate the fact that we live in a wonderful society made up of different faiths and cultures, where all can live in harmony and peace.

In light of the spate of violence we have witnessed over the past few months, we urge the government to seriously reconsider its approach to counter-terrorism and extremism. In addition to questions concerning policing and security cuts, the current strategy requires fundamental changes on both conceptual and prosecutorial levels. An effective strategy would do more to robustly acknowledge the multifarious causes of radicalisation and extremism, which include political grievances, perceived injustice, various forms of social exclusion, and perverse ideologies of whatever stripe.

It is also critical that labels such as ‘terrorism’, ‘extremism’, and ‘radicalisation’ be more clearly defined on the basis of mutual agreement and expert opinion if they are to meaningfully contribute to this discussion. The ongoing implementation of a policy built on vague definitions has led to unfair implications for decent law-abiding citizens, creating distrust between the Muslim community and authorities, and fatally obscuring the very real disease of hatred and fear that fuels the type of violence that we all seek to eradicate. (1)

We would insist that at its core, the process of accurate definition, diagnosis, and management must include the participation of Muslim scholars and leaders connected to the local community. In our capacity as religious scholars and Imams, we are committed to assisting the government in reconsidering their counter-extremism policies in order to ensure that it effectively addresses real problems rather than aggravating them.

As representatives of a diverse Muslim community, we also urge the government to take more serious efforts in addressing and confronting the problem of right-wing extremism and Islamophobia. The attack against worshippers at the Muslim Welfare House Mosque is one of numerous instances where we have been increasingly forced to confront a hate-filled ideology. This incident, as well as the recent first year anniversary of Jo Cox’s tragic passing, reminds us that right-wing extremism is a tangible threat to our community. It must be addressed and tackled robustly and effectively with the same degree of urgency and concern directed towards other forms of extremism. Ultimately, we all must work together to create and uphold a society whose members live together in harmony and with mutual respect, without fear or hate.

(1) For these concerns and more see, among many others, the report authored by the Joint Committee on Human Rights (2016); “Eroding Trust” (2016) by the Open Society Justice Initiative; and “Preventing Education: Human Rights and UK Counter-Terrorism Policy in Schools” (2016) by Rights Watch UK.